Laminated Glass is a Safe Glass 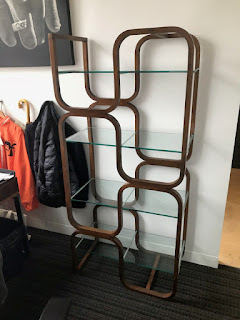 Laminated glass is an architectural glass consisting of two or more glasses laminated together with a laminating film or a special laminating liquid. In the production of the
laminated glass can achieve a large variety of color schemes and also make one of the important aspects of appointment - an aesthetic look. The color gamma varies through the use of a tiffany tinted, sun-glass, or using colored polymer films. Laminating does not increase the mechanical strength of glass, but when broken, the laminated glass does not crumble due to laminated film, that is, fragments remain attached to it.
Laminated glass also provides better sound insulation of the premises, because the multilayer glass can effectively reduce the effect of unwanted noise.
Different kinds of laminating films can provide practically any glass tinting. Laminated glass is used when glazing facades, balconies, windows. Indeed, we each see laminated glass without paying attention to it, where? Windscreen car. Its main function is to protect the driver from injury during an accident.
Also, make the apartment safe without abandoning the glass. For example, you have hyperactive children and they "fly" around the house with a soccer ball everywhere. Then, if you want to put glass shelves in your bathroom or in the room, order them in laminated glass. Even if they rub, then this glass, as well as the windshield of the car, will hold a bunch. Laminated glass also helps protect the room from the harmful effects of ultraviolet rays. Multilayer glass is also able to effectively reduce the effect of unwanted noise.

At our site showerdoorinstallationnyc.com, we offer a wide range of glass products that you can order anything you need. You can also visit the site of our partners switchable-privacy-glass.
Custom Cut Glass
glass Laminated Glass safe glass stylish glass
Tuesday, May 1, 2018